Background of NCM’s Participation in Women Can/Women Do 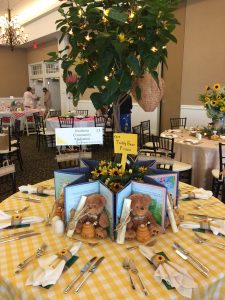 The staff was one hundred percent thrilled to be able to once again design a table for Women Can / Women Do. They were especially excited about the theme “The Teddy Bear Picnic. A tree filled with lighted bees and a hive, a yellow gingham table cloth,  and straws of honey all were a part of the festive table. The guests received three favors. One, Sip, Pick and pack, a beautifully illustrated book written by mediator Polly Cheney explaining pollination. Two, an adorable teddy bear. Third, a honey jar. NCM staff looks forward to the Women Can / Women Do luncheon in Charlevoix in May. 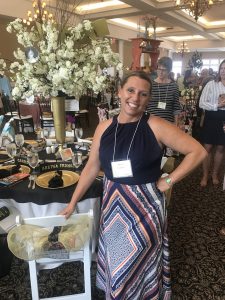 The staff had so much fun working on Women Can / Women Do in 2018 that it was decided that NCM would again design a table for both events in 2019. The 2019 theme was Women of Note. Featured artists were Aretha Franklin, Bette Midler, Billie Holiday, Carole King, Cher, Dolly Parton, Lesley Gore and Rebe McIntire. 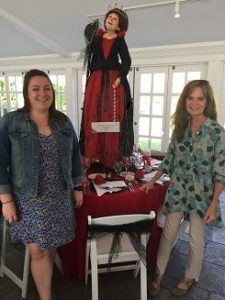 Caroline Smith & Karen Cole with the Queen of Hearts

NCM’s theme for the table was the “Queen of Hearts.” The NCM staff is forever grateful to William of Monarch in Petoskey for his assistance in designing the table. He even loaned us his Queen of Hearts.