Home > Women Can / Women Do

NCM’s theme for the table was the “Queen of Hearts.” The NCM staff is forever grateful to William of Monarch in Petoskey for his assistance in designing the table. He even loaned us his Queen of Hearts.

The staff had so much fun doing working on this project that it was decided that NCM would design a table for both events in 2019. In fact, an interesting theme has already been determined. The Charlevoix party will again take place at Castle Farms on Wednesday, June 12, and the Petoskey celebration will be at the Lange Center on Wednesday, September 11. 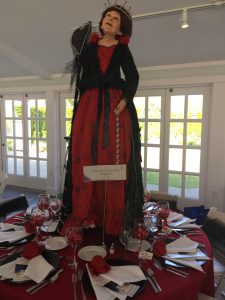